I received this ARC in exchange for an honest review.

It’s a promise she made the day her boyfriend died in a water park accident, one she still blames herself for.  Now she’s a senior lifeguard in a new town with a new pool and she’s just going to keep her head down and everyone safe.

Until a mysterious guy follows her into the waves at the pre-season bonfire and kisses her senseless.  It’s just one mistake, and Rain is determined to put it behind her, until the dark haired, blue eyed hottie turns out to be her new co-supervisor Knight Mcallister.

Knight is hot, tatted, and carrying baggage of his own.  He’s not happy about having Rain for a co-supervisor, and he’s even less happy about his attraction to her.

But between lifeguard drama, hot underwater kisses, and a growing attraction between them that can’t be stopped, Knight and Rain are being pulled deeper into their pasts, and realizing that sometimes too much broken can make a relationship impossible.

Then again sometimes it’s the broken parts of us that fit together best.

I think this is the first life-guard story I’ve ever read. It was an insightful look into training and procedures they have to go through when rescuing people as well as covering some more serious issues such as accidents, whirl-pooling and other things you don’t always realise happen at water parks.

I have to say I loved how they went mini-golfing. First time I’ve read that in a book (I think, anyway). The extra game Knight added into it made it more fun, though it didn’t last too long…

Both characters, Rain and Knight, have both lost people they cared about in the past and are wary of new relationships but they find themselves unable to stay away from each other. We see flashbacks of both their previous relationships and how they both ended terribly sadly and how badly it affected them; Rain saying she will never love again and wanting to protective everyone, whether that puts her own life in danger or not, and Knight being extremely over-protective of her.

I cant entirely blame Knight though because Rain seems to get herself into really stupid situations all the time and he always come to her rescue. Like a real life Knight in shining armour 😛

Another scene I liked was the kissing under water. It sounds very romantic and I like this graphic used in another review of the book on GoodReads.

Knight was cool, though his over-protectiveness was a little annoying in places, though totally warranted. Rain on the other hand, to me, came across as being a pain in the butt, always pulling the plug on their fledgling relationship.

Overall it was an okay read. Short but dark, because something bad was always happening to someone or other. 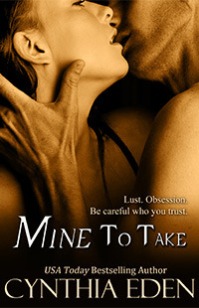 Well, I checked my email this morning to see I’d been approved for two more ARC’s, seen above. I’ve read a few books by Cynthia Eden and enjoyed them, so I’m glad I was approved for that one. And Deeper is New Adult, which I’m a big fan of, so looking forward to that one too.

I’m 25 and live in Rotherham near Sheffield in South Yorkshire. I work as a part-time Events Safety Steward and at Wilko and write in between events. My stories tend to be short as i havent quite got the hang of describing things in great detail but my stories are improving with each attempt. I’ve self published my work on Amazon Please note: My books are romance and therefore probably not for everyone. https://leannecrabtree.wordpress.com http://www.goodreads.com/author/show/6569083.Leanne_Crabtree

Find me on BookLikes

My Books at Amazon UK

My Books at Amazon US

Natasha Is A Book Junkie