So. I’m undecided on what paperback to read next, what with my ever growing list of paperbacks and there being several I want to read. So, I wondered if my readers and anyone else who visits my blog had certain favourites out of the books mentioned here. I know it’s an eclectic collection but I’m a romance reader so I read a bit of everything. I also have the Divergent Trilogy and Clockwork Angel. 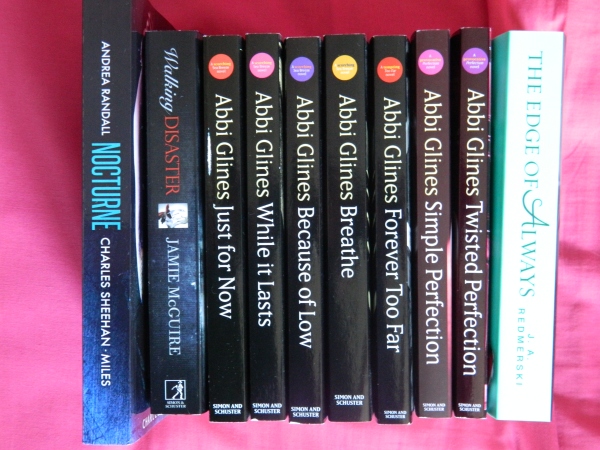 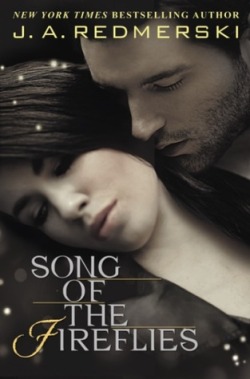 Name: Song of the Fireflies

I received this ARC via Netgalley in exchange for an honest review.

Elias Kline and Brayelle Bates have been inseparable since they were kids. When Bray moves to South Carolina, separating the two for the first time, they realize that their innocent childhood friendship has developed into something much more. So when Bray returns to Georgia -and to Elias-four years later, things between them couldn’t be more perfect…until one fateful night changes everything.

Desperate not to go to prison for a terrible accident, Elias and Bray decide to run. As they try to make the most of their freedom, the two find themselves relying on a rebellious group of people who tempt the duo into a wild and daring new life. But they can’t run from their troubles forever.

As the consequences of their past catch up to them, the couple must face reality. Even if they can make it through the unimaginable, Elias knows the truth about Bray’s painful history, and in the end he may not be able to save Bray from herself…

Though I’ve loved previous books by the author, The Edge of Never and Killing Sarai (with The Edge of Always waiting on my kindle and Reviving Izabel on my wish list), I have to admit I wasn’t as into this as I was the other two.

I didn’t feel much of a connection to the characters or their predicament and I wasn’t sure I understood their actions. Well, I did understand but at the same time I knew it would only make things worse for them and I spent the rest of the book waiting for everything to catch up with them.

I liked Elias, he was so in love with Bray from such an early age and he’d do anything to keep her safe. It was sweet to read at times and heart-breaking for him at others. Then there’s Bray, who’s had a tough life. I didn’t really get her, she seemed pretty messed up mentally and did/allowed strange to happen at times.

Secondary characters like Tate were cool, he was pretty laid back and looked out for his friends and family, though I didn’t like his brother Caleb too much, he seemed a little…creepy at times, but maybe that was the drugs he used.

An appearance by one of the author’s other couples was nice too, though the scene didn’t necessarily end well, and I’m looking forward to continuing their story soon, when I get time.

Song of the Fireflies came across as very dark with lots of drugs, sex and several scenes of violence (mainly fighting) and I just couldn’t connect with it, I’m afraid. Admitting that almost feels like blasphemy since I love the author’s writing but on this, I just didn’t feel it. I liked it but I wasn’t blown away by it.

I read books for the romance aspect and I feel like I missed out on it in this, or maybe it just got lost under everything else that happened.

I’m 25 and live in Rotherham near Sheffield in South Yorkshire. I work as a part-time Events Safety Steward and at Wilko and write in between events. My stories tend to be short as i havent quite got the hang of describing things in great detail but my stories are improving with each attempt. I’ve self published my work on Amazon Please note: My books are romance and therefore probably not for everyone. https://leannecrabtree.wordpress.com http://www.goodreads.com/author/show/6569083.Leanne_Crabtree

Find me on BookLikes

My Books at Amazon UK

My Books at Amazon US

Natasha Is A Book Junkie